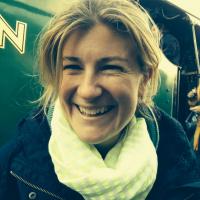 She is also editor of the Letters of William Herle project and the Diplomatic Correspondence of Thomas Bodley project. She is associate editor with Nadine Akkerman (Leiden) of the The Correspondence of Elizabeth Stuart, Queen of Bohemia, published by Oxford University Press (Vol II, 2011).

Robyn completed her Ph.D. at Queen Mary, University of London, 'Both Diligent and Secret: The Intelligence Letters of William Herle' in 2004. Her BA and MA degrees were also gained at Queen Mary. Her research interests are primarily based around early modern letters, with special focus on intelligence studies, information networks, and the circulation of knowledge. Between June and July 2008, Robyn spent a happy month as a Francis Bacon Foundation Fellow at the Huntington Library in Pasadena, California, researching family intelligence networks in the Ellesmere, Hastings and Temple letter collections. This was followed in 2010 by an equally happy month as the Humphrey Wanley Fellow at the Bodleian Library, Oxford, researching the foundations of the library.