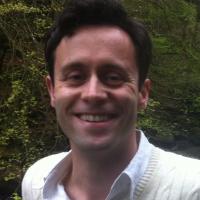 Will is Post-Doctoral Research Fellow at Shakespeare’s Globe, where he leads the on-going investigation into indoor performance practice at the candlelit Sam Wanamaker Playhouse. Will’s first degree was in English at Corpus Christi College, Oxford, and he took the M.Res in Renaissance and early modern studies at CELL during its residency at Queen Mary University of London. His AHRC-funded PhD, ‘Testimonies of affection and dispatches of intelligence: The letters of Anthony Bacon, 1558-1601’, also at Queen Mary, explored the ways in which secret agents made use of aﬀective bonds to achieve personal and political objectives, and reveals the strategies these men adopted in a variety of early modern-speciﬁc locations including the Inns of Court, male-dominated aristocratic households and prisons.