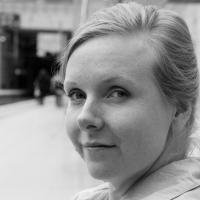 Ruth Ahnert is a Lecturer in Renaissance Studies in the School of English and Drama, Queen Mary University of London, and co-Director of the Centre for Early Modern Mapping, News, and Networks. She is the author of The Rise of Prison Literature in the Sixteenth Century, and editor of a forthcoming special edition of Renaissance Studies preliminarily entitled Re-forming the Psalms in Tudor England. She is also co-editing an edition of The Letters of the Marian Martyrs with Thomas Freeman, which will be published by the Church of England Record Society (Boydell and Brewer). Since January 2012 Ruth has been collaborating with her husband Sebastian Ahnert, a physicist, using mathematical tools to examine the social and textual organization of letter collections. They have a forthcoming article on Protestant letter networks dating from the reign of Mary I, and they are now undertaking a study of the letters collected within the archive of Tudor State Papers (accessed via State Papers Online), which will lead to a book and online resource provisionally entitled ‘Tudor Networks of Power’. This work will also contribute to the project Six Degrees of Francis Bacon: Reassembling the Early Modern Social Network.