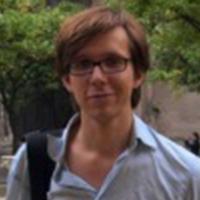 I took my BA in English Literature at Cambridge and came to CELL to undertake an M.Res. in 2006. My subsequent PhD thesis, funded by the AHRC and supervised by Lisa Jardine, was completed in July 2011, and investigated the administrative culture of the early Royal Society and the publishing strategies essayed in establishing and maintaining its institutional identity. Since finishing my doctorate I have worked as the network facilitator for “News Networks in Early Modern Europe”, initially at the University of East Anglia and latterly at Queen Mary, University of London. This is an international research group pioneering solutions to the methodological challenges involved in writing the history of news from a European perspective; its modes of transmission, its transformations as it moved between languages, political jurisdictions, confessions, and genres, and its role in fashioning local, national, and transnational ideas of community.

From May 2013 I will be a postdoctoral research fellow at the University of St Andrews, working on a new project, led by Dr Aileen Fyfe, that sets out to write the history of the Philosophical Transactions, the world's first scientific journal, from its foundation in 1665 to the present. My research interests include the history of science, early modern print and manuscript culture (especially periodical and ephemeral printing), 17th-century news and correspondence networks, and the material and cultural practices of intellectual history. I am currently researching the rivalries and exchanges between learned societies in early modern England and the political and disciplinary conflicts that gave them shape. I have taught widely on these subjects, as well as early modern literature more broadly, and convened the Textual Scholarship module for the CELL M.Res. in 2011-12. My first journal article, comparing anatomical publishing in late seventeenth-century England and France, appeared in summer 2012.