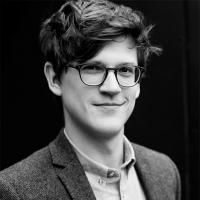 Kristof graduated with a cum laude MA-degree in Cultural History at KU Leuven, Belgium in 2010, where he specialised in European history of ideas, from the early modern age to the 19th century. He has worked in a senior position at Oxford’s Bodleian Libraries in the Inventory Control Project. Kristof has since combined library roles with academic research at the Research Library of the National Bank of Belgium and at the Centre for Economic Studies of KU Leuven. He has also provided research assistance for Erik De Bom from the University of Leuven and his book Een nieuwe wereld. Denkers uit de Nederlanden over politiek en maatschappij (1500-1700) [A new world: Thinkers from the Low Countries on politics and society (1500-1700)]. Kristof is currently writing an economic history of Belgium, due for publication in 2016.