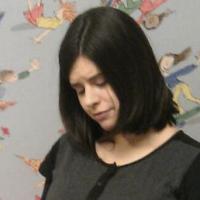 Kirsty studied for her BA in English at St. Anne's College, Oxford, graduating in 2006, and completed her MA in Renaissance and Early Modern Studies at Queen Mary in 2009. She started a Queen Mary-funded PhD in September 2009, working on Volume I of The Letters of a Stuart Princess, the CELL project to produce the definitive edition of the letters of Elizabeth Stuart, Queen of Bohemia.

Kirsty's research focuses on depictions of the Palatinate in early printed texts. Taking the presentation of this country’s contested spaces as her focus, her work explores the ways in which such presentations develop from the pre-war period, through the political and military upheavals of the 1620s and 1630s. Particular attention is paid to English works, and their relations to political developments during this period.