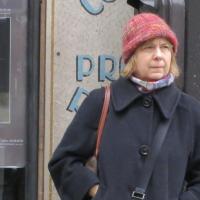 Dr Jacqueline Glomski is an Honorary Senior Research Associate with CELL. She is co-directing, with Dr Robyn Adams, the CELL project Seventeenth-Century Libraries: Problems & Perspectives, for which the initial symposium was held at UCL in June 2019. Dr Glomski has also been awarded, together with Prof. Gesine Manuwald (UCL Dept of Greek & Latin), an AHRC Research Networking Grant (Jun 2019 – Feb 2021) for Baroque Latinity, a project intended to raise awareness of writing in Latin during the seventeenth century.

Dr Glomski holds a PhD from the University of Chicago (Slavonic Languages/Renaissance Studies), an MA from the University of Michigan (Comparative Literature – Latin/Spanish), and an MSc from the Columbia University School of Library Service (Rare Books/Academic Librarianship). Her previous posts involved teaching Latin in the History Department at King’s College London and serving on the library staff of the Warburg Institute, University of London. Dr Glomski is a fellow of the Royal Historical Society. She is also currently the Vice-President of the Society for Neo-Latin Studies (UK & Ireland).

From 2012 to 2016 Dr Glomski directed the research group Seventeenth-Century Fiction: Text & Transmission, which was supported by the British Academy. From 1999 to 2004, she was a cluster member of the AHRB research project Europa Triumphans, at the Centre for the Study of the Renaissance, University of Warwick. And, from 1998 to 2003, she served as the book reviews editor for The Library, the journal of the Bibliographical Society (London).

Dr Glomski is, most recently, the co-editor of and contributor to Seventeenth-Century Fiction: Text & Transmission (Oxford, 2016) and Acta Conventus Neo-Latini Monasteriensis: Proceedings of the Fifteenth International Congress of Neo-Latin Studies (Leiden, 2015). She is also the author of Patronage and Humanist Literature in the Age of the Jagiellons (Toronto, 2007) and the co-compiler of the Annotated Catalogue of Early Editions of Erasmus at the Centre for Reformation and Renaissance Studies (Toronto, 1994). Her numerous book chapters and articles concern both Neo-Latin literature and the history of the book. Dr Glomski's present research is focused on theories of book collecting and library formation in the seventeenth century. A list of her publications is available on ORCID.