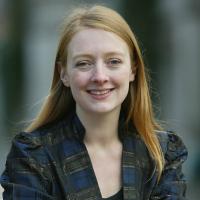 Hannah completed her BA at Christ's College, Cambridge, and her PhD at Princeton University in the US. She has recently taken up a Lectureship at King's College, London. Her dissertation, 'The Politics and Poetics of Etymology in Early Modern Literature' explored the under-examined political, religious and literary implications of the increased interest in the history of the English language arising in Early Modern England as a result of humanist reading practices, the growth of lexicography and, particularly, early attempts to study Anglo-Saxon. It considered the ways in which the origins of English are employed in political controversies, and the manifestation of these contentious uses of linguistic history in the poems of Spenser, Jonson and Milton. Hannah was a CELL visiting scholar and is now a CELL associate.