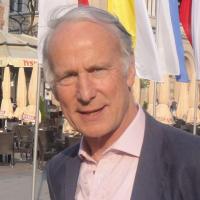 Prof Kilroy read Classical Mods and English Literature at Magdalen College, Oxford, and took his Ph.D. at Lancaster University. In 2016, he was appointed Professor at the Academy Ignatianum in Krakow where, as Visiting Professor, he gave ten lectures on ‘Shakespeare in an Age of Faith’. He was a Visiting Professor for three years at Masaryk University, Brno. He has been principal consultant to a group of scholars at the Tischner and Jagiellonian Universities, Krakow, working on 'Subversive publication in Early Modern England and Poland' and on ‘Civic Education in Jesuit School Theatres of the Polish-Lithuanian Commonwealth’. He has had Fellowships at the Folger Shakespeare Library, where he has done much of his research, at St Catherine's College, Oxford, and Marsh's Library, Dublin, and a Scholarship at St John's College, Oxford. He was a Grocers’ Company Scholar from 2001–2014. His main research interests are in the transmission and circulation of manuscripts, the survival of religious ideas in the works of Shakespeare, and in the central role of an oral culture of sermons and disputations in early modern England. He founded the Café Philo in Bath in 1997, which now takes place in the Bath Royal Scientific and Literary Institute.