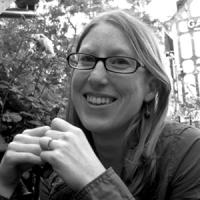 Lizzy is the Digital Project Manager for the collaborative, interdisciplinary project Cultures of Knowledge (http://www.culturesofknowledgeorg/), based at the University of Oxford and built around the digital platform 'Early Modern Letters Online' or EMLO http://emlo.bodleian.ox.ac.uk/ (Beta in 2013-14). Both Lizzy and the project are extremely interested in network analysis and data visualisation and are working on enhancing EMLO's digital toolset in these areas.

Lizzy completed an AHRC funded PhD in June 2012. Her doctoral research focused on the gathering, transmission and preservation of political information, news and intelligence, in and around the early modern embassy. Her research interests include sixteenth century travel and travel advice, in terms of young men cutting their teeth on the continent as preparation for more official or sanctioned diplomatic work, the variety of people and activities involved in the early modern embassy, and the diplomatic corpus as an informational product. She is particularly interested in the archival after-life of letters, and how considering the letter outside of its use as immediate communiqué and instead as part of a collective letter-book can shed light on its multiple functions, whether of self-justification, extension of political influence, political record or historical resource.

She studied English Literature and Philosophy at the University of York, and completed her M.Res. in Editing Lives and Letters at CELL in 2007, for which she was awarded the Drapers Prize for highest overall mark in the English Department. Lizzy worked on the Oxford Edition of the Sermons of John Donne, which involved converting transcriptions into TEI-compliant XML to make their text freely available online. For three years, she worked as the research assistant on the Diplomatic Correspondence of Thomas Bodley project at CELL. This involved participating in the editorial development of the project, as well as transcribing, proof-reading and encoding a proportion of the corpus of almost 1,500 letters. The project allows interactive access to a huge body of letters, complete with full editorial apparatus and a variety of navigational methods, which offers scholars an invaluable resource on early modern diplomacy, international relations, letter-writing, social and information networks, intelligencing, and many other less obvious subjects that are touched on in the letters.

Lizzy also has a blog entitled Early Modern Post, on all things early modern, with particular emphasis on letters and the post, information and intelligence gathering, and politics and diplomacy. She is keenly interested in the practical and theoretical concerns of the digital humanities. She also tweets as @earlymodernpost.