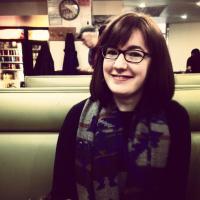 Clare is currently a Research Assistant in the Department of English at King's College London. She took her undergraduate degree in Philosophy at the University of Nottingham, before moving to the English department to study for an MA in Early Modern Literature. In 2014 she completed her PhD at Queen Mary, University of London, where she examined the political and cultural significance of early modern texts performed during the transition between the reigns of Elizabeth I and James I.