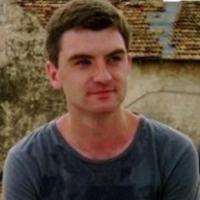 I joined UCL in 2012 as the first CHIRP Postdoctoral Research Associate. My research focuses on the history of cinema in Britain. The project I am currently working on, Mapping London's Filmland, explores the spread of cinema culture in London before 1930. I am also interested in developing my doctoral research on early British film actors and would-be film actors. Before coming to UCL, I studied English and later Screen Media and Cultures at Jesus College, University of Cambridge. I blog about my research at londonfilmland.