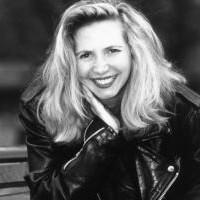 Amanda Foreman is the author of the award-winning best seller, Georgiana, Duchess of Devonshire (HarperCollins UK; Random House US), and A World on Fire: A Epic History of Two Nations Divided (Allen Lane UK; Random House US). She lives mainly in New York with her husband and five children. She was born in London, brought up in Los Angeles, and educated in England. She attended Sarah Lawrence College and Columbia University in New York. She received her doctorate in Eighteenth-Century British History from Oxford University in 1998.

Georgiana, Duchess of Devonshire was a number one best seller in England, and a best seller for many weeks in the United States. It has been translated into French, German, Italian, Spanish, Portuguese, Danish, Hungarian, Romanian, Croatian, Turkish, Korean and Mandarin Chinese. The book was nominated for several awards and won the Whitbread Prize for Best Biography in 1999. It has inspired a television documentary, a radio play starting Dame Judi Dench; and a movie, The Duchess, staring Keira Knightly and Ralph Fiennes. A World on Fire has been optioned by BBC Worldwide and is currently in development. In addition to regularly writing and reviewing for newspapers and magazines in Britain and America, Amanda Foreman has also served on a number of juries including The Orange Prize, the Guardian First Book Prize and the National Book Awards. She was the first CELL HarperCollins Biography Lecturer, and has been a CELL Visiting Scholar since 2005.