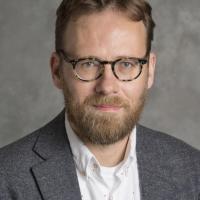 Alexander Samson is a Reader in Early Modern Studies at University College London. His research interests include the early colonial history of the Americas, Anglo-Spanish intercultural interactions and early modern English and Spanish drama. His book Mary and Philip: the Marriage of Tudor England and Habsburg Spain is out with Manchester University Press. He runs the Golden Age and Renaissance Research Seminar and is director of UCL’s Centre for Early Modern Exchanges and the Centre for Editing Lives and Letters.