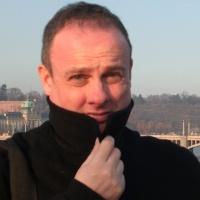 Alan Stewart is Professor of English and Comparative Literature at Columbia University in New York, and International Director of CELL. Alan was educated at Christ's College, Cambridge and Queen Mary and Westfield College. After a year working as an MHRA Research Associate on the Oxford Francis Bacon Project, he won a British Academy Postdoctoral Fellowship, which he held at Queen Mary, researching the textual transmission of Bacon's works. From 1995 to 2003, he taught late medieval and Renaissance studies at Birkbeck, University of London, where he became Professor of Renaissance Studies. He joined Columbia in 2003. In 1999, Alan won a major research grant from the AHRC to undertake the groundwork for editing Bacon's correspondence. A searchable calendar of Bacon's correspondence, based on this research, was developed at CELL and can be consulted online. He then worked with Harriet Knight on volume 1 of the Oxford Francis Bacon, Bacon's early writings from 1584 to 1596, which is available from Oxford University Press; research assistance for this project was located at CELL, generously funded by the AHRC. He is now editing volume 2, Bacon's writings from 1597 to 1602.

Alan's publications include Close Readers: Humanism and Sodomy in Early Modern England (Princeton UP, 1997), biographies of Francis Bacon (jointly authored with Lisa Jardine), Philip Sidney and King James VI and I, Letterwriting in Renaissance England (with Heather Wolfe, 2004), and Shakespeare's Letters (Oxford UP, 2008). He has recently co-general edited, with Garrett Sullivan, a three-volume Encyclopedia of English Renaissance Literature for Blackwell (2012). Alan Stewart was at CELL from September to December 2008, standing in for the Director Lisa Jardine. He offered the MA course "Writing a Renaissance Biography", and ran the Director's Seminar.