The Correspondence of Francis Bacon 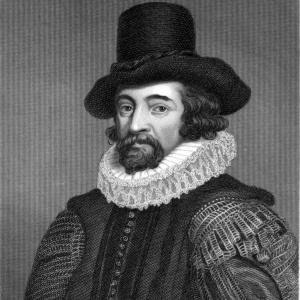 The Francis Bacon Correspondence Project under the direction of CELL's International Director Prof Alan Stewart is dedicated to producing a new critical edition of correspondence to and from the philosopher, parliamentarian, scientist, essayist, lawyer and politician Francis Bacon (1561-1626). The groundwork for this project was funded by a substantial AHRB Research Grant from 2000-2001 and undertaken by Research Fellows Dr Patricia Brewerton and Dr Andrew Gordon. The findings from this census are available in a calendar.

Printed editions of Bacon's Correspondence have appeared since the seventeenth century, but the most important is James Spedding's seven-volume edition of the Letters and Life (1861-1874). This remarkable achievement has stood for over a century as the definitive edition of Bacon's correspondence, alongside the authoritative seven-volume Works by Spedding and his collaborators Ellis and Heath. For all its undoubted strengths, Spedding's edition is inevitably a product of its times, drawing on a relatively limited, mainly London-based selection of early printed books and manuscripts, and produced without the bibliographic, library and archival finding aids and other resources now available. Peter Beal's Index of English Literary Manuscripts makes clear that there are many more Bacon manuscript witnesses now available to scholars. The present project aims to further this work for Bacon's correspondence. Dr Patricia Brewerton's article 'The editing of Francis Bacon as a Man of all Parties' [PDF] discusses in more detail than possible here the issues surrounding the editing of Bacon's letters, while Dr Pete Langman provides a case study in his paper 'Navigating Bacon’s New Atlantis: beyond the old texts and the new' [PDF].

Spedding's Letters and Life was, as the title suggests, at heart a biographical exercise drawing on letters and other short pieces, such as position papers and speeches. While these short pieces have now found a home elsewhere in the Oxford Francis Bacon, the award of a generous AHRB grant in December 1999 allowed work to begin on the editing of the Correspondence. This award, which followed initial pump-priming work funded by departmental and college funds at Birkbeck, saw the recruitment of two post-doctoral fellows: Dr Brewerton and Dr Andrew Gordon. The immediate objective of the AHRB award was to facilitate a massive census of archival holdings throughout the world to locate manuscript copies of letters to and from Bacon, and early printed editions of his correspondence. Whilst this census is ongoing it has already located, in tandem with a rigorous hands-on survey of materials, more than 200 "new" letters to add to the more than 700 printed in Spedding's edition. To help in this work, anyone with knowledge of further letters to or from Francis Bacon is invited to contact us with details.

The findings from this census has been made generally available in a calendar, developed by Dr Jan Broadway, and built using a MySQL database, the schema of which is publicly available [PDF]. This provides a chronological account of the correspondence, giving locations (both manuscript and printed) of each letter, a brief summary of its content and its opening line. We hope that this will in turn provoke further discoveries of manuscript witnesses, to be incorporated in the latter stages of the research.